Nusa Penida is an island in the southeast of the island of Bali in Indonesia and a district in Klungkung Regency which includes a small neighboring island in Nusa Lembongan. Badung Strait separates the island and Bali. The interior of Nusa Penida is hilly with a maximum height of 524 meters. It is drier than the nearby island of Bali. Tourism infrastructure is very little and is starting to develop. There are two small islands nearby - Nusa Lembongan and Nusa Ceningan - which are included in the district. Administratively, the sub-district with the same name, had a population of 45,178 in the 2010 census, covering 202.8 km2, very little changed from the previous 10 years. Nusa Penida Island is a beautiful small island and part of the Bali archipelago. It has panoramic views and unique culture that makes this island exclusive from others. In addition, the location is in a tropical situation such as the dream island, Nusa Penida has many interesting places such as long sandy beaches, warm blue waters, beautiful coral reefs with diverse marine life, and friendly people. In addition, the local community presents daily community rituals and many things to make your vacation unforgettable.

Nusa Penida covers a large diving area, including Penida Bay, Batu Lumbung (Manta Point), Batu Meling, Batu Abah, Toya Pakeh and Malibu Point. Flow through the Lombok Strait, as a whole, tends to head south, although the strength and direction of the tidal flow are affected by the rainy season. During the southeast monsoon, tidal currents tend to go south; during the northeast monsoon, tidal flow tends north. In the northern strait area of ​​Nusa Penida, the pattern is relatively simple, with flow, above the peaktide, about three and a half vertices. Tidal channels in the Badung Strait are semi-diurnal, but the character of the flow is very complicated because the direction is tilted towards the general south to the north of the Lombok Strait, and the channel has a curved shape. Based on a 2009 survey, there were about 1,419 hectares of coral sites with 66 percent covering sites at a depth of 3 meters and 74 percent covering sites at a depth of 10 meters. 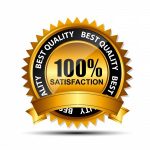 Your satisfaction is our priority. All of our staff will be ready to serve you in a friendly, fast, safe and professional manner. We will continue to provide the best service to maximize your vacation on the island of Bali and Nusa Penida. 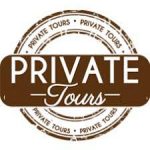 Each package that we offer is private (not combined and combined with other guests), thus guaranteeing your satisfaction for our services during holidays in Bali and Nusa Penida. 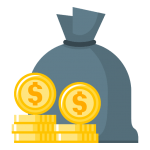 We always provide promo prices at lower prices with excellent service quality. The payment process is easy and your security will be guaranteed.